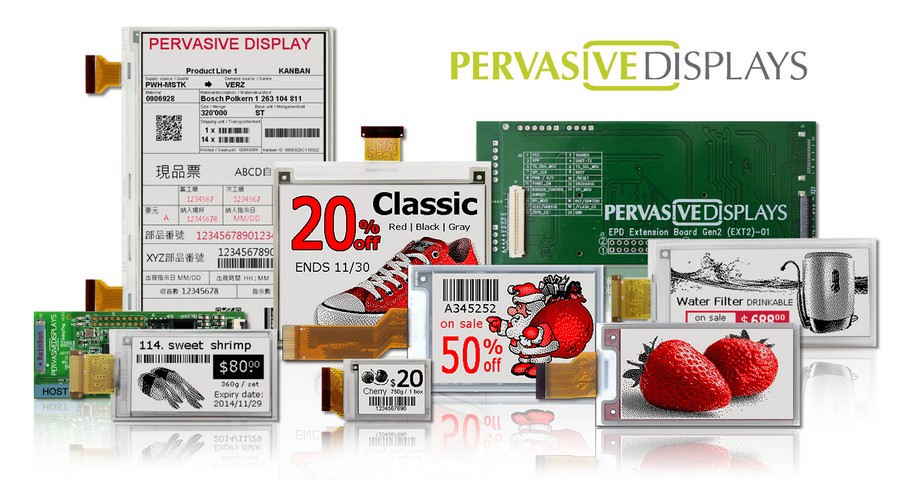 “We’re proud to have shipped over 10 million units since we started in 2012,” said Scott Soong, CEO of Pervasive Displays. “As the IoT has grown, we’ve grown with it. The low power consumption, ultra-thin form factor, and sunlight-readability of e-paper have made it a perfect display for many of the IoT applications our customers have come up with.”

E-paper has found a perfect home in the IoT as its low power nature allows it to extend battery lives of devices, or to be used where other display technologies don’t work. Whereas LCD and OLED displays require significant battery and computational resources, e-paper displays can be powered by coin cell batteries or even harvested energy, and can be driven off 8-bit MCUs.

The ultra-thin form factor of e-paper displays from Pervasive Displays, along with the lack of need for a backlight in many applications, allows devices using it to be more compact, or incorporate a larger battery.

The bi-stable nature of e-paper also suits sensing and monitoring applications prevalent in the IoT. Rather than requiring constant power, e-paper retains an image after being programmed, making it able to display sensor information continuously with minimal power usage. Along with sunlight readability, this allows them to be used in both indoor and outdoor IoT applications.